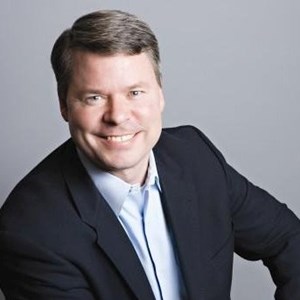 Jim serves as Senior Manager of State Legislative Affairs for T-Mobile, at its headquarters in Bellevue, WA. He is responsible for government affairs in several western states, including Washington. Prior to T-Mobile, Jim built the state government affairs program at Western Wireless and led that group until it was acquired by Alltel Wireless. He also led the public affairs practice groups at two communications agencies in Seattle—Edelman and Nyhus. Clients included Microsoft, PhRMA, the Washington State Department of Commerce, the Washington Lottery, Sapphire Energy, Fate Therapeutics, Allied Waste, the Innovation Alliance, and the Space Needle.
Jim also served as House Counsel to the Washington State House of Representatives and Legislative Counsel to U.S. Senator Slade Gorton. Early in his career, he clerked for Court of Appeals Judge, Gerry Alexander and practiced law at the law firm of Owens Davies Mackie in Olympia. Jim received his law degree from Santa Clara University and was Editor-in-Chief of the Santa Clara Law Review. He received a BA in Political Science from the University of Washington in Seattle