It has been a busy, busy year for the Chamber. Now back in-person, we put on an impressive host of signature events, member ribbon cuttings, and other get-togethers for our local business community.

Kicking off the year (and the legislative session), the Bellevue Chamber co-hosted the East King Chambers Coalition Legislative Kick Off on Jan. 6, inviting state representatives to give us an update before they head to Olympia. Chamber Lunch on Jan. 20 had the theme “Taking Flight,” and we even launched our miniMBA program with UW Bothell.

The Executive Business Roundtable event started up in-person again in February, and Doug Baldwin Jr. came to Chamber Lunch to chat about his passion project, the Family First Community Center in Renton. In the advocacy world, Bellevue Mayor Lynne Robinson joined the PLUSH Committee, giving us yet another way to collaborate with the City.

In response to post-COVID hiring concerns, the Chamber put on its “Battle for Talent” lunch on March 17 to figure out where discrepancies are and how we can fix them. The Chamber Board of Directors went on its retreat, and the community celebrated increased funding for local transportation projects through the Move Ahead WA package. VP of Government Affairs, Jodie Alberts, joined the Chamber Team to help spearhead our advocacy efforts.

We held our Eastside Real Estate Symposium on April 1st — no jokes here, though — and the EBRT group hosted the Washington Retail Association at its monthly breakfast meeting. We also put on the annual Corporate Citizenship lunch, detailing how companies can best invest in their employees and communities.

Chamber Lunch in May had the theme “Your Destiny Awaits,” diving into the world of gaming for the second year in a row. Bungie's Chief Marketing Officer, Eric Osborne, gave attendees an inside look into the making of Bungie and an update on current events happening within the industry.

June brought us the Annual Gala, which had the theme “Tech, Tech, Boom!” The Chamber also joined forces with AT&T and ACES for the first-ever Digital Equity Forum event, and we hosted our Mid-Year Economic Forecast on June 16.  Sarah Martinez hopped on the Chamber Team as Director of Sales & Member Experience.

At the end of the legislative session, the East King Chambers Coalition and Bellevue Chamber rallied for its Legislative Wrap-Up event, and we congratulated the first class of graduates from the Eastside miniMBA program. The Chamber team also gained a new addition, Sam Jones, as our Director of Communications.

In support of the parks levy that was on the ballot in Bellevue this past year, the Chamber helped grow the Livability Bellevue campaign, ultimately advocating for increased funding for our parks and open spaces. We also got a new website and membership software, co-sponsored events discussing homelessness in the region, and announced our newest additions to the Board of Directors. (Did we mention Crumbl Cookies opened, too?)

Wednesday Wake-Up made its return in September, and the Chamber helped plan ribbon-cutting ceremonies for Nothing Bundt Cakes and Reality Break Escapes’ Team Events location. King County Prosecutor candidates came to Chamber Lunch for a good ole’ fashioned debate, and our happy hour Recess event was a fun-filled success at DWN UNDR.

Round Two of the Chamber’s Battle for Talent included a presentation from UW’s Jacob Vigdor and a panel of Joy St. Germain, Dr. Laura Hamill, and Frances Dujon-Reynolds. Most excitingly, though, our 2022 Eastside Leadership Conference filled the Microsoft campus with remarks from our Eastside mayors, Microsoft’s Brad Smith, and much more.

December meant D.C. Fly In time! The Chamber team and our policy partners had a jam-packed schedule of meetings with government agencies, elected officials, and more over the course of their 3-day trip. To finish up the year, we also hosted our Holiday Elected Leaders Party at the Xfinity store downtown, allowing us to properly celebrate with those representing us in government.

That’s a wrap on 2022 — thank you so much to all who helped these events, programs, and advocacy efforts to go on without a hitch. We couldn’t do it without you! 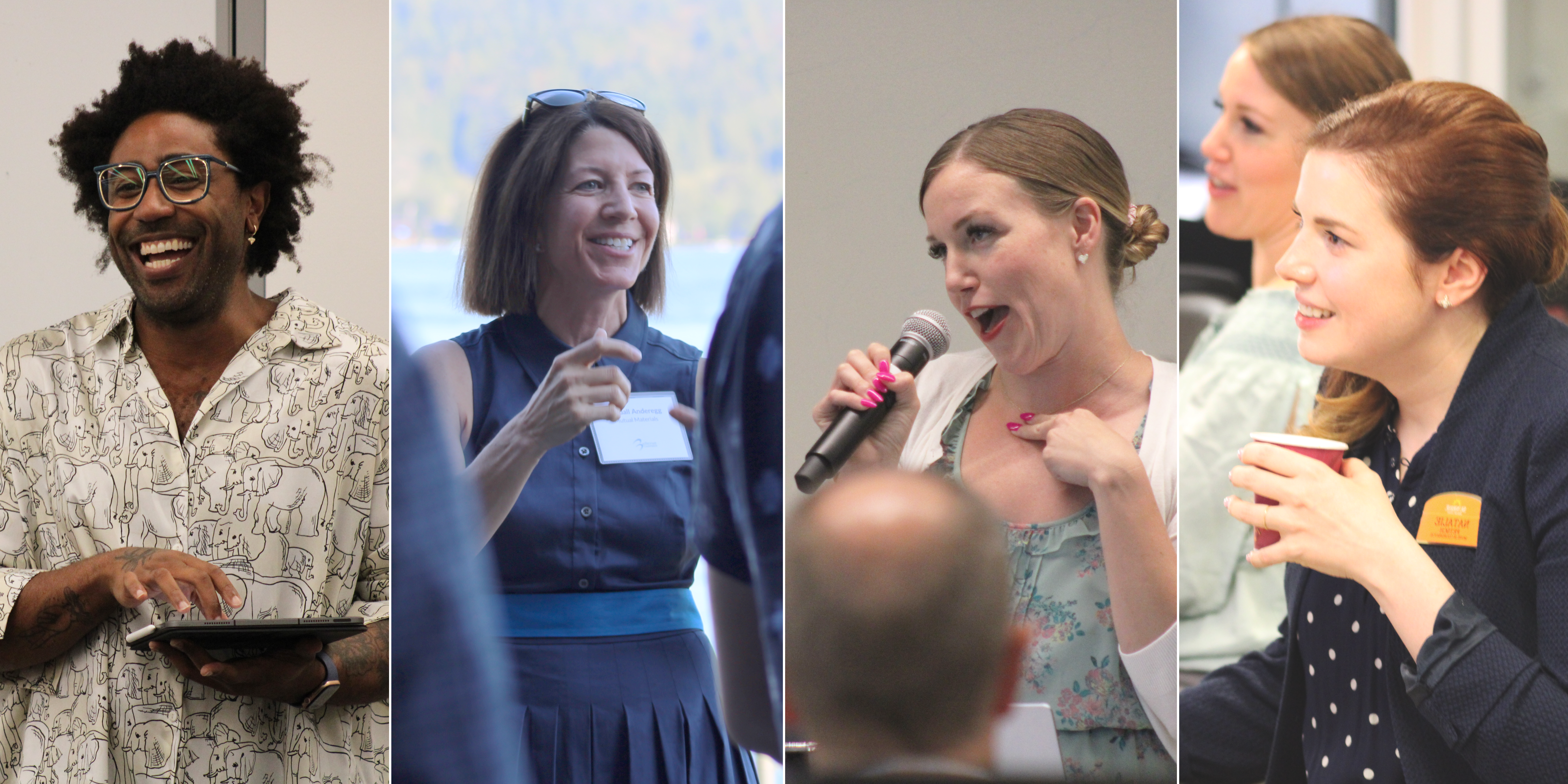 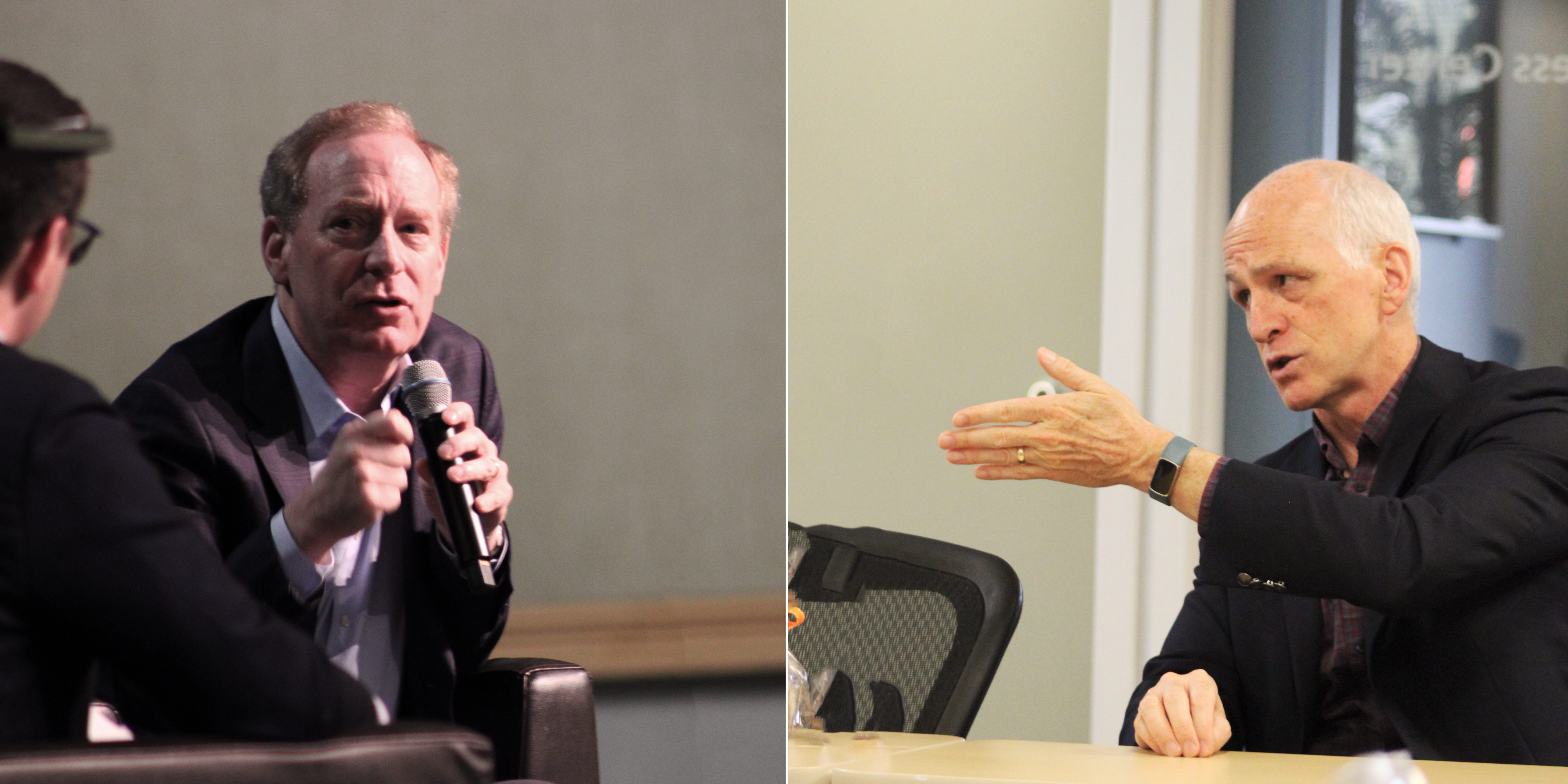 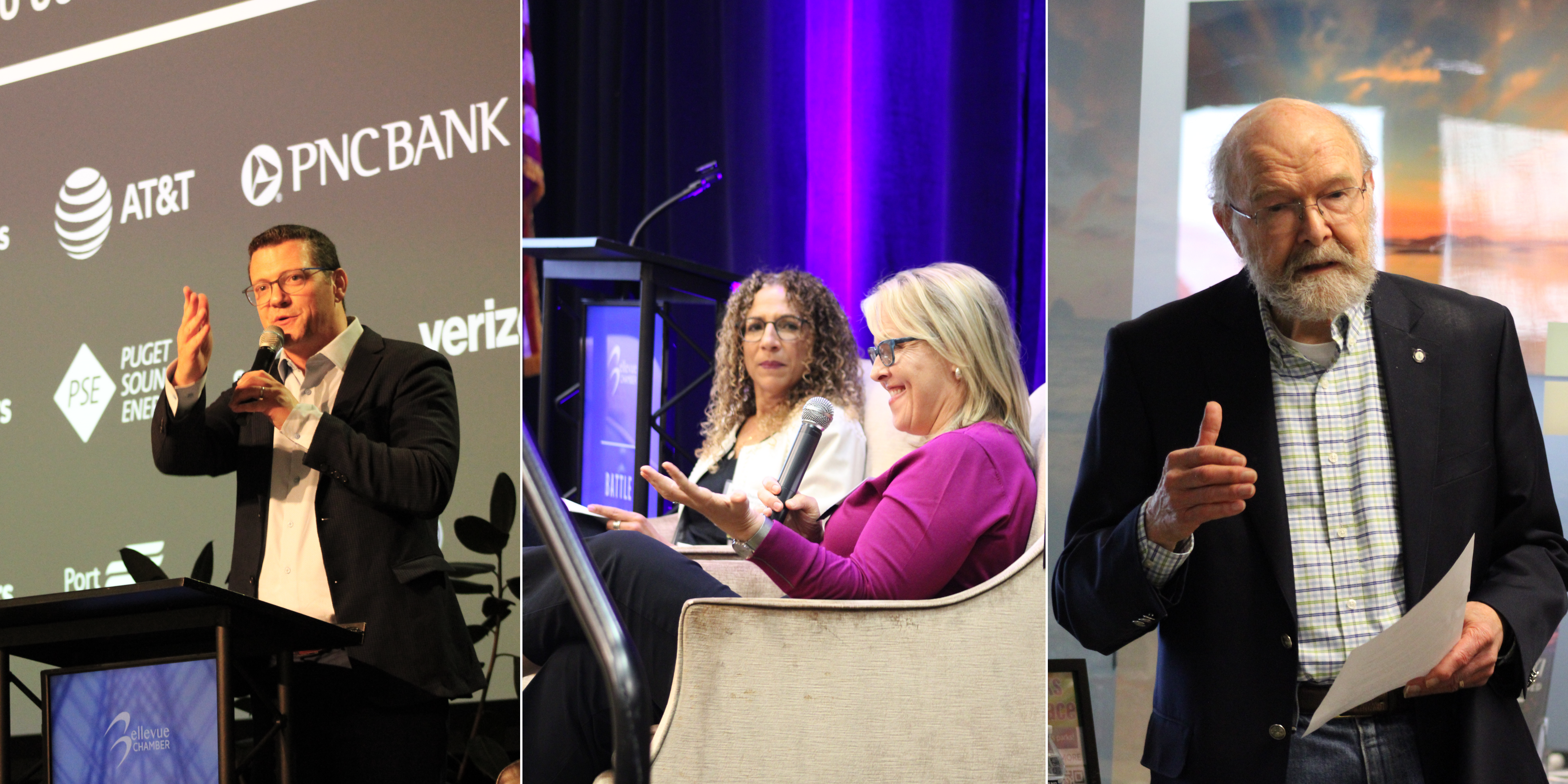