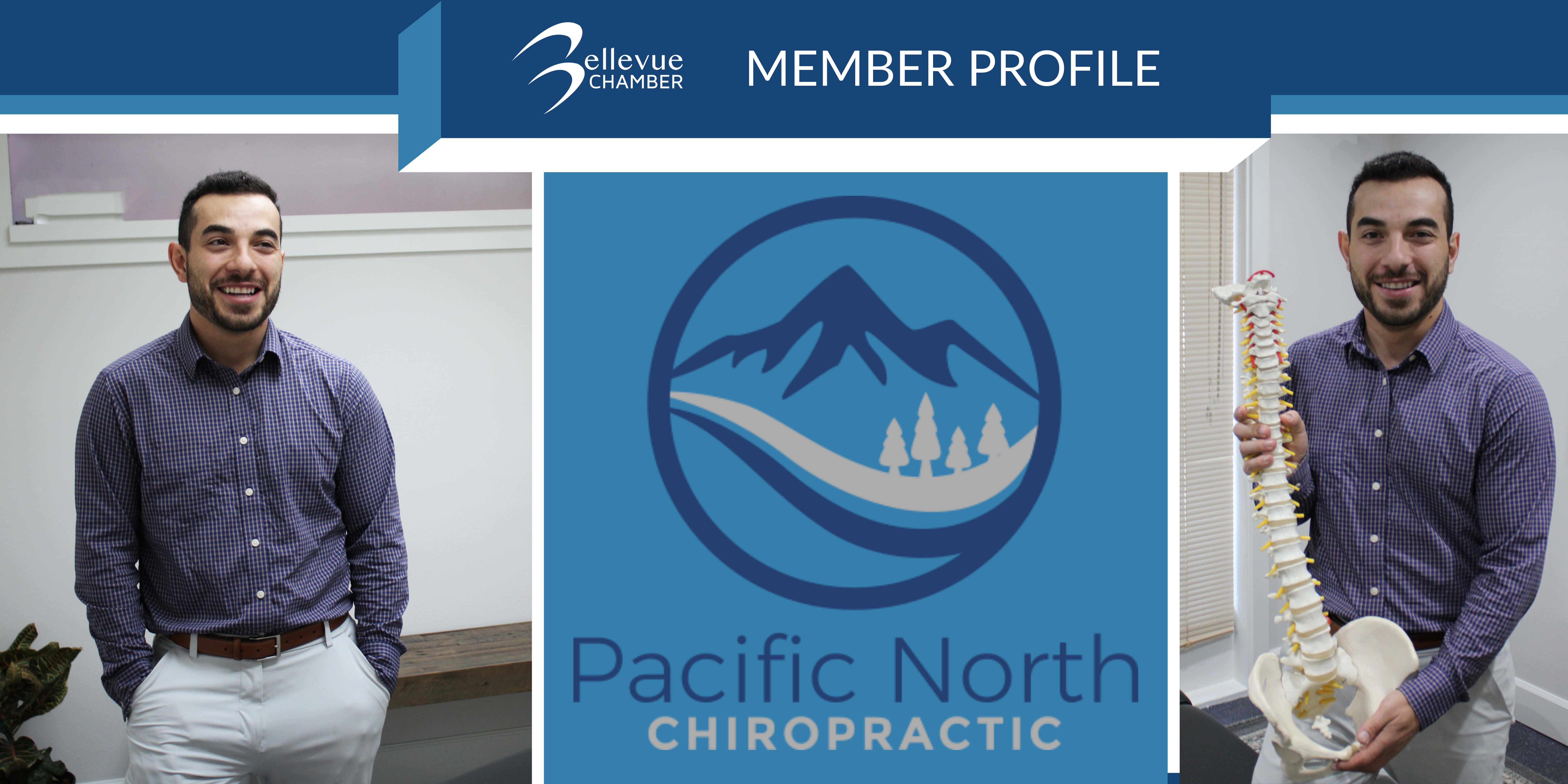 With one step inside Pacific North Chiropractic, it becomes clear that this is not your typical practice.

A stuffy waiting room is traded for a bright and open one, and often-bland patient rooms are filled with cutting-edge tech, informative diagrams, and a space that is curated specifically for their patients … Many of whom are children.

“Birth trauma is very common, and most people don't think about that when the baby's coming out. There's a lot of twisting and torque that happens, and we don't understand the stress that it can cause on the nervous system,” said Dr. Namir Moussa, owner and practitioner at Pacific North Chiropractic. “This can actually affect them growing up as well. So, we can use our scans on babies as well, since they're not invasive, and we can see how their body's functioning and if there's any areas that need attention.”

Moussa initially started his chiropractic journey as a patient after experiencing an onslaught of golf-related injuries. The yanking and turning of being an athlete all his life had caught up to him, and after seeking treatment, he realized the holistic change adjustments made in his day-to-day life.

“I noticed other improvements, too. My sleep got better, my anxiety … A lot changed more than just my back pain,” said Moussa. “[My chiropractor] told me about the philosophy of chiropractic and how it's more about the nervous system in the brain and not so much about pain in bones.”

“We are really good at taking care of people with issues with their muscles and things like that, but there's a lot more to it that people don't understand … So that's what I'm trying to do here.”

In an effort to demystify chiropractic work, Moussa invested in a full body scanner that can visually pinpoint any areas of tension that need work, so patients can actually see what is going on and any progress that is being made. This is especially helpful when working with children, as kiddos oftentimes have a more difficult time explaining their pain and discomfort.

“It's just so fulfilling when you can help families when no one else can,” he said. “Chiropractors are often their last resort, and they're desperate and they want answers … So they can come in here and get a whole different perspective on health and well being, and we can actually show what's going on and how we can create a care plan to help them.”

Breaking it down with Dr. Moussa:

Q: What is the best part about your job?

A: Parents seeing their kids’ changes are obviously the most fulfilling. The goal is to be able to help as many families as possible and make myself known in the community for helping out. I want to sponsor schools, charities, sports teams, and really make sure that I give back, because a huge part of the reason I got into chiropractic was because I love helping people.

Q: What is it like adjusting a baby/child? That seems daunting!

A: The adjustment is a lot different — there's no cracking or pop, and, it's more of a gentle pressure that we're using to kind of guide the bones into place. But since they're still very new and movable, it’s very simple.

The great thing is they're not coming in with any preconceived notion of chiropractic care. So we can kind of just make the adjustments, look at the scans, then sit back and watch what happens and see the changes. We have parents bring them in for colic, constipation, all sorts of different issues. But no matter what they come in with, the goal is always the same: Get their body functioning as best as possible, take stress off the areas that need it, and make sure they're functioning at their best.

Q: I have to ask … is cracking your own back as bad as they say it is?

A: Cracking your own back isn't as bad as most people think. When you're doing that, you're not getting the ones that really need the movement, what you're doing is you're moving the ones that are already moving as well as they should be. When we make an adjustment, we are stabilizing a certain area, and have a goal to move it in a specific direction as well.