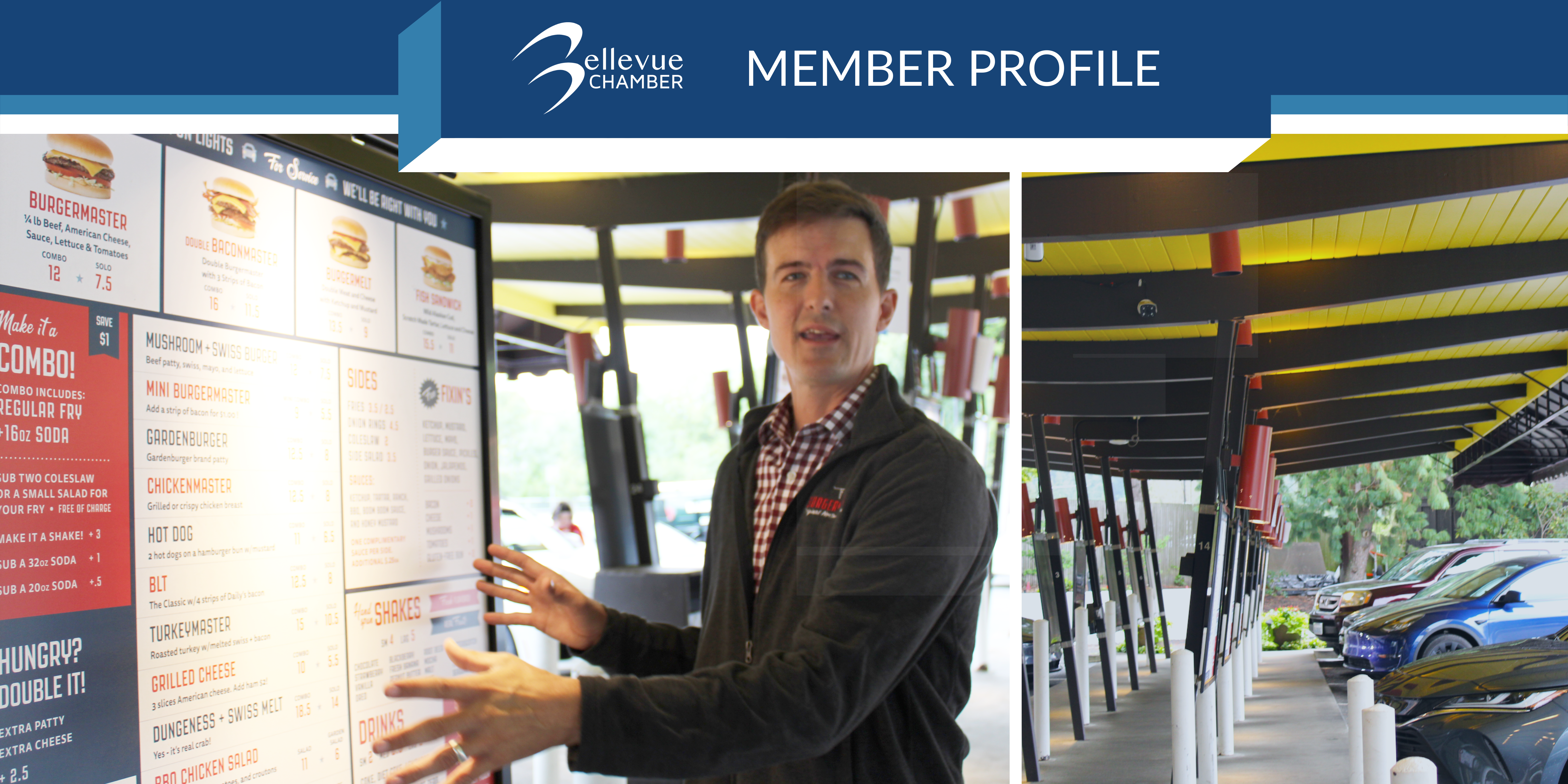 Alex Jensen may be the grandchild of an Eastside burger empire, but he planned to spend his career behind a counsel table ... not a fryer.

Starting around age nine, Jensen began putting in hours at the family business as a coke-pourer, shake-maker and dishwasher, but didn’t decide to join the Burgermaster team full-time until after attending law school and practicing as an attorney for a few years. Now, Jensen serves as CEO of his grandfather’s drive-in restaurant legacy, which has grown to five locations across the Seattle area since first opening in 1952.

“It has been about eight years now I’ve been with the company, and time flies,” said Jensen. “I never thought I’d be in this position right now.”

A lot has happened in the past 70 years of Burgermaster’s history – buttermilk is no longer ordered by the glass, minimum wage is a bit higher than 75 cents, and the cars pulling in to order have evolved — but above all else, the Jensen family’s commitment to service and quality has been unwavering.

First with founder Phil Jensen then his son Bob, the three generations and their extensive staff have taken the good old-fashioned burger, fry and shake meal and turned it into an experience that even Bill Gates can’t deny.

"From the customer perspective, especially for people who’ve never been here, it’s not like anything else in the Seattle area at all,” said Burgermaster COO, AJ Kiser.

“You just have to be here to feel it.”

Behind the Scenes with CEO & Third Gen Burgermaster, Alex Jensen

A: "I think I would have to pick chocolate right now. Since we went to a Ghirardelli Black Label chocolate syrup, it’s our best seller by far."

A: "Oh yeah, it doesn't matter if I'm in the building for five minutes or five hours, the French fry grease will get on your clothes … But you get used to it after a while."

Q: If you could go back to when you first started, you’re fresh out of being an attorney and you come to work here, what would you tell yourself?

A: "I was lucky to have my dad and he gave me some good advice, so it might have just been to listen to him. I had the advice, but it’s hard to go slow with changes … I ended up listening to him, though."